The award recognizes students that have achieved a grade point average of 3.50 or higher and competed at their respective NCAA/NAIA/NJCAA Swimming and Diving Championships.

The Bates men's and women's swimming and diving teams are two of 480 nationwide to receive team Scholar All-America recognition from the CSCAA, for earning an average grade point average of 3.0 or higher during the Winter/Spring of 2019. In NCAA Division III, 134 men's and 185 women's teams were honored. The Bates women's team achieved a GPA of 3.37 and the men's team checked in with a GPA of 3.19.

At the 2019 NCAA Swimming and Diving Championships, Bates' contingent of nine swimmers combined to score 53.5 points to finish 20th among 50 scoring teams -- the Bobcats' sixth top-20 national finish in a row. 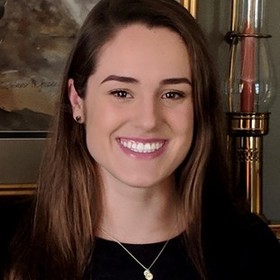